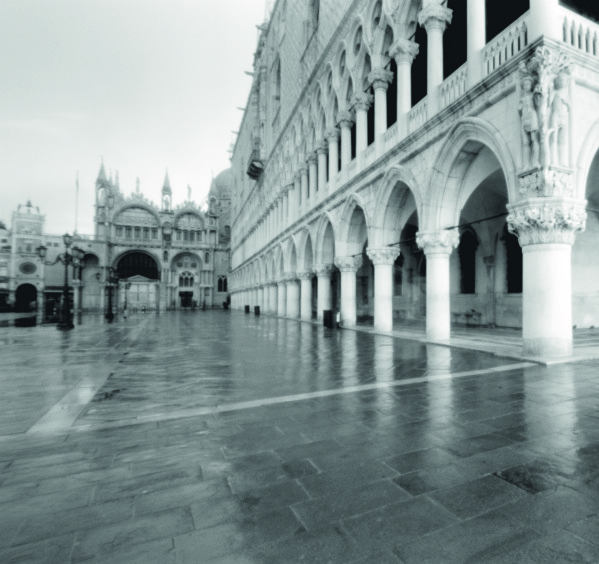 Joseph Brodsky was having dinner al fresco with two friends at Raffaele, an old trattoria by the water on the Fondamenta delle ostreghe. It was early summer, an un- usual time for Brodsky to be in Venice.

He liked to come in the ‘dead season’, when the empty streets were bathed in otherworldly winter-light and the smell of freezing seaweed reminded him of the Baltic. But that year he had accepted an invitation by a local foundation, to come spend six months as a writer-in-residence at the posh Monaco Hotel, a few streets up from Raffaele.

His dinner companions that evening were his two best friends in Venice. Robert Morgan, an American artist, and Girolamone Marcello, a portly Venetian count with a short grey beard and baggy eyes who lived alone on the piano nobile of the old family palazzo just off Calle dei assassini (Street of the Assassins). They were an odd trio.

Morgan used to tell a funny story about introducing Brodsky to Marcello. One day he was having coffee with Brodsky at Nico’s, on the Zattere, when he saw Marcello shuffling down the waterfront. He waved to him. Marcello walked over, pulled an empty chair from the next table and sat down for some small talk in the pleasant sunshine. A self-confessed ignoramus when it came to modern poetry, Marcello had no idea who Brodsky was. But he noticed a pile of papers covered with scribbles and doodles next to Brodsky’s coffee cup.

‘You are a journalist?’ he asked.

Brodsky let out a growl.

Brodsky shrugged and slowly turned his back to Marcello, gazing at the ships sailing up and down the Giudecca canal. Put off by Brodsky’s gruff demeanor, Marcello was soon on his way.

Brodsky was back in Venice the following winter. One day he and Morgan were strolling down the Zattere and they ran into Marcello again. The three of them sat down for coffee at Nico’s. It was a beautiful day and the chemical plants of Marghera were in stark view, their toxic plumes billowing in the western sky. The chemicals were poisoning the lagoon; but in those days local residents were making things worse by discharging household chemicals directly into the canals. Brodsky went on a rant, accusing Venetians of destroying the environment they lived in. Marcello assured him that he only used special, non-polluting substances in his house. Brodsky said he didn’t believe him. Marcello told him to come see for himself.

A few days later the doorbell rang at Palazzo Marcello. Brodsky clambered out of the elevator and walked straight into the house asking where the kitchen was. Marcello thought he was desperate for coffee but when he caught up with him he found him crouched below the kitchen sink, scrutinizing every plastic container. Brodsky got back on his feet and said. ‘Ok, I can trust you; you are an honest fellow’. Then he went to fetch his things at the pensione and moved into Marcello’s palazzo.

As Brodsky and his two companions finished their dinner at Raffaele’s they saw their friend Franco Pianon and his wife, Adriana Vianello, row up the canal in their barchetta da fresco, a custom-made boat shaped like a gondola but smaller and plain-varnished. Pianon, a civil engineer, was an avid rower, and he liked to take his wife for nocturnal outings in the lagoon. He invited the three diners to join them; they all piled into the boat and were soon on their way, Pianon steering from the stern, Adriana rowing at the bow.

They glided up the Grand Canal then quietly through the narrow canals of Cannaregio until they came out in the northern lagoon. The water was a sheet of glass and the moon was so bright they could see all the islands ahead. Pianon steered in the direction of Murano, the island of the glass blowers, and then turned towards the dark and brooding San Michele, the island of the dead. The conversation slowly died out, each one now absorbed in his own thoughts. There was only the soft, rythmic splash of the oars. Brodsky used to say that water was what had brought him to Venice in the first place – and what kept bringing him back every year. It was, he said, the image of Time.