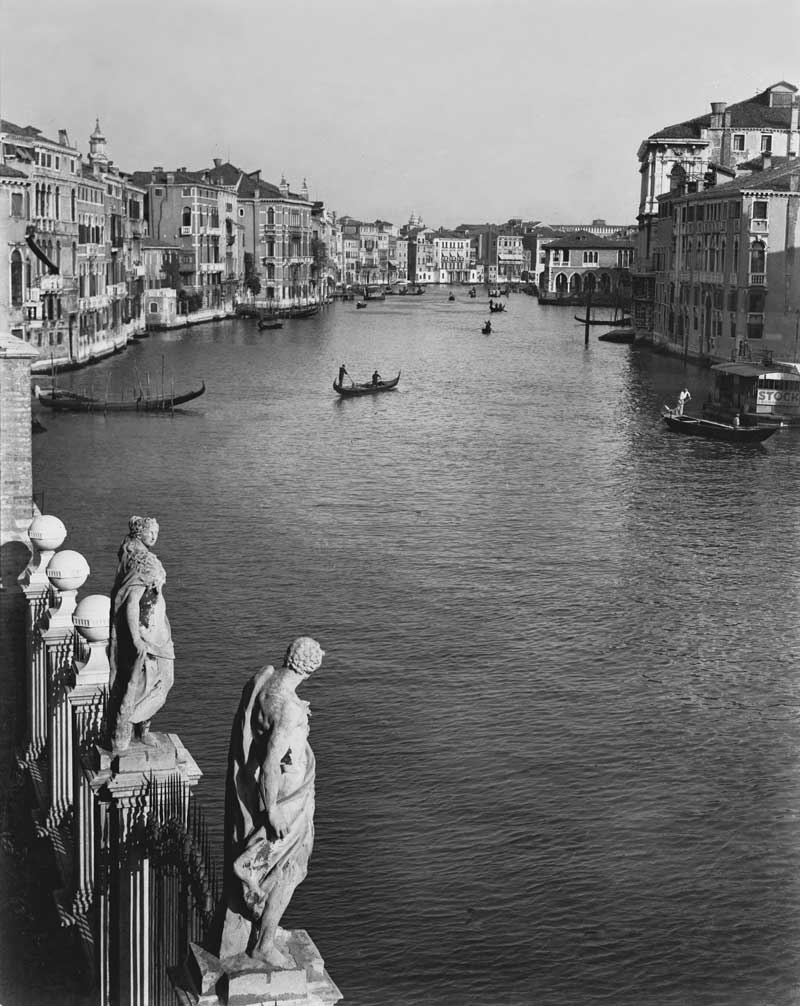 The Grand Canal is crossed by four bridges, all famous around the world because immortalised by millions of photos and, over time, by paintings, some famous, and popular prints. But we should actually now say that there are now not only four bridges, but... ten.

The fact that six of them are so to speak invisible does nothing but increase the fascination of the city, with its original forma urbis and, consequently, with the typical transport system in which the bridges act as hinges.

Those that are not seen, though, are a metaphor, a dash of real poetry. In truth they are the ferries, these stations for public use, this very ancient and original, linked, urban transport service run traditionally by the gondoliers.

In the floating city, the gondola, authentic monument meandering between the architectural works fixed into the caranto, is apparently flimsy in its sinuous form, perhaps even ‘humble’, because it is without the colours shown off by its merrymaking ‘sisters’ in the regattas. And yet this graceful, bare, black shell lends itself to doing a ‘job’, as humble as you like but useful, perhaps a bit folksy, but dear to the real Venetians, those who would take to the water on foot if they could.

The gondolas that connect the banks of the Grand Canal at Santa Sofia, Carbon/Municipio, San Tomà and Santa Maria del Giglio are certainly bare of trimmings, stripped of the gold that enchants the stranger, but make up for the loss of an opulent aura by the usefulness of their existence, because they ensure the connection between two banks, an activity that could even be considered symbolic.

And then, what can be said about the motive power that makes them go? It is manpower, still today manual and laborious in this increasingly technological and automated age: an instrument of civil coexistence tied to the liquid roots of an extraordinary history.

The stranger’s curiousity must at this point by satisfied with a few details: for example one must note that the jetties are not organised in any standard way, or built on the banks according to some plan dropped from on high, but are spontaneous and original.

Is the ducal order, the discipline that becomes obedience, everyday practice and, especially, pride (one is born a gondolier) in the personalised site, right?

And what can one say about their furnishings? I am thinking of the aspect that is perhaps slightly less obvious, but strong in its centuries old presence: the sacred pictures. Popular belief thought these necessary for provision of the service. There is a historic example in the Museo Correr. It is the gondoliers’ Madonna from a decommissioned ferry service, between San Stae and la Maddalena at Cannaregio; a Renaissance altarolo, or small votive altar, an artistic ‘sign’ of protection not only of the ferrymen, but also their passengers.